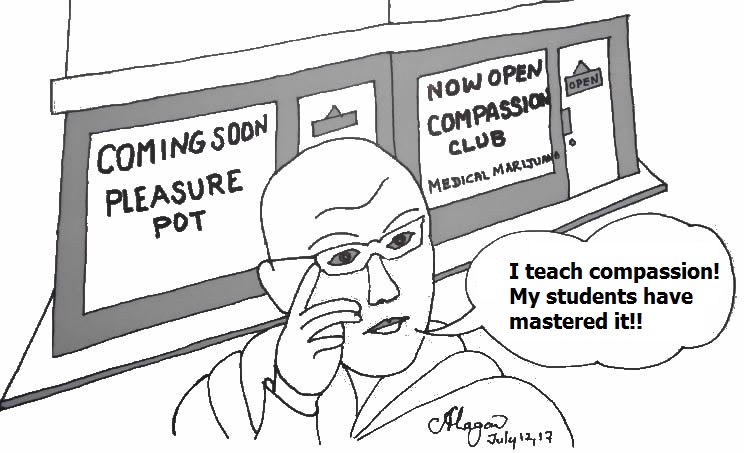 Even asking this question may give a strong heartache to some, though it may be a politically motivated one. So, it is better that we clarify the matter first. The question here has nothing to do with the Dalai Lama’s personal life; that has been a beautiful one. The question here is to do with his public life as a religious-cum-political leader. Has he achieved anything tangible in that public front? Considering the connections and contacts he had and still has at his disposal, his public life could be seen as wasted one, a great deal of influence that has ultimately achieved nothing.

Before judging Dalai Lama’s public life, let’s look at the ambitions and achievements of some other leaders of his time.

Mahatma Gandhi of India led the Indian independent movement with almost no help from the outside world, especially from the western world. Even though he was exercising nonviolent approaches to achieve his ambition, he was beaten, jailed for years, thrown out of a train, barred from hotels, and finally died for the cause he undertook. Still his ambition was achieved: India was freed from British colonialism. He had been at the front and center of this uphill battle against the biggest superpower of that time, the British colonial empire.

Nelson Mandela of South Africa also achieved his ambition: eliminating white-dominated apartheid systems in South Africa. Mandela too was arrested, prisoned – for 27 years, sometimes banned from talking to more than one person at a time, and yet still he achieved his goal. His achievement allowed him to rule South Africa from 1994 to 1999 as an elected black president. (unfortunately, there may be another form of apartheid thrived later)

Deng Xiao Ping of China also successfully achieved his ambition, turning millions of poor Chinese into wealthy middle-class citizens. The economic engine started by Deng Xiao Ping is still running with full power. Soon Deng Xiao Ping’s foundation may make it possible for China to be the alpha nation of the economic world.

Mother Teresa too achieved her ambitions: helping the poor as much as she could. She won the hearts and minds of million by doing what she wanted to do. She did all this not as a religious leader, but as a nun.

But what has happened to the Dalai Lama’s ambitions? Will they be achieved in his lifetime or soon after?

Unlike Mahatma Gandhi, Nelson Mandela, Deng Xiao Ping, and Mother Theresa, Dalai Lama has been the most beloved friend of the powerful western nations and entities of his time. Almost all the western countries that are rich in wealth and might in military power have been the friends of Dalai Lama. These friends have been praising Dalai Lama, inviting him to their palace-like offices for the past few decades, but for what? All of them were happy to talk the talk but never committed to walk the walk. The question is if Dalai Lama has seen that. One must wonder if Dalai Lama has seen that he has been used to collect some international political brownies, yet gained nothing tangible from his friends that he can take to the bank.

In contrast, there have been massive tangible military and economical actions against Russian President Vladimir Putin when his government annexed Crimea to Russia. Saddam Hussein faced two full-scale wars and was captured and executed in the second because he invaded Kuwait and was thinking about having WMD. America alone scarified several thousands of American lives and trillions of dollars in the removal of Saddam. The Taiwan Relations Act of 1979 requires the US to intervene militarily if Taiwan is invaded or attacked by China. But Dalai Lama received nothing from his friends but fake support and the continuous shedding of crocodile tears. Even a person with an average mindset should have identified that Dalai Lama’s friends are just riding on his back for free and collecting political brownie points. It is mindboggling that Dalai Lama could not see that for himself, if indeed he truly hasn’t.

Dalai Lama has been a very frequent visitor to the US. For the ten years from 2005 to 2015, Dalai Lama has visited the US at least twice every year, one in the first half of the year and another in the second half of the year. In some years, he has visited the US even more times. Not even the Pope had been invited that many times to a country where the president’s official house, the White House, lights the Christmas tree every year.

Understandably the year of 2017 has put a sudden pause on his travel to the US. Most probably it has something to with the new American president, Donald Trump. As of now, there are two visits of Dalai Lama to the US. He has been in Minnesota and visited San Diego, Boston in June. He also planned to have another low-key visit to Raleigh, North Carolina in October. But so far, no talk of Dalai Lama visiting the White House and meeting Trump. If that is the case, can he abstain from the US president for 4 or even 8 more years? He is already 82.

In November 2016, while in Mongolia, Dalai Lama said, “I will go and see the new president”, but as of now, in June of 2017, there is no plan for that. Those Americans and the Westerners who totally disqualify President Trump can understand political leaders from other countries visiting Trump, it comes with the job. But Dalai Lama visiting Trump may infuriate those who loath Trump. The chaotic American political arena under Trump has put Lama in a dilemma.

Dalai Lama met with former president Barack Obama at least four times. In his visit in 2007, Dalai Lama said that then-President Bush is a “man of faith and sincerity and peace”. Dalai Lama also received the Congressional Gold Medal. He has been one of the rare people who has been loved by the Right and the Left wings of America. But what did he get in regards of his ambitions?

As a person who was born in 1935, the time left for Dalai Lama to bear the fruit of his labors is fast running out.

As of now, the prospect for Dalai Lama’s achievements are very slim. The small group of Tibetans who went to India with Dalai Lama have been slowly consumed into India. It is hard to see those Tibetans and their future generations going back to Tibet. Dalai Lama’s foreign friends will forget those exiled Tibetans, soon after they forget Dalai Lama. It is hard to see Dalai Lama leaving behind anything else in this regard. In the west, the CHRISTIAN COMPASSION CLUBS will continue to thrive in the marijuana business.