By admin on June 27, 2020Comments Off on America to Annex Canada’s Pelee Island? 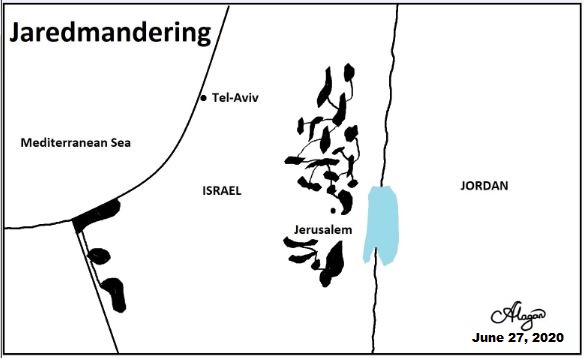 If a Canadian heard that the United States of America is about to unilaterally annex the populated southernmost island of Canada as part of the United States of America, what would that Canadian feel? Not just a Canadian, what would an average American feel if his or her government decided to unilaterally annex Canada’s Pelee Island? Further, what would nations like Britain, France or Germany feel if they heard news like this?

All the above noted countries would proudly tell the whole world they are nations of just people who would uphold international laws and rule-based systems. But can we count them to be truthful on it, all the time, every time, in every case? Would they handle matters like the blindfolded Lady Justice and uphold impartiality? Unfortunately, the record says otherwise.

America, Canada, UK, France, Germany all uprose when Russia annexed Crimea in 2014. Because of Crimea, Russia was expelled from the G8. There is a blockade for goods manufactured in Crimea. There is a long list of Russians who were sanctioned because of Russia’s annexation of Crimea. (By the way, only in 1954 was Crimea transferred to Ukrainian Soviet Socialist Republic from Russian Soviet Federative Socialist Republic.)

The most notable truth here is that Russia, when they annexed Crimea, also absorbed Crimean people into Russia, with equal rights. China also absorbed Tibetan people. But Netanyahu on the other hand wished to take the land in the occupied West Bank and hoped to eradicate the Palestinians living there one day.

Forget about the West for a minute. Look at India’s reaction to this matter; a complete silence. Mahatma Gandhi and Mother Theresa put their principle above their interest. But today’s India puts interest above principal. Will India also be so silent if and when Pakistan unilaterally annexes the Pakistani controlled Kashmir? How would the West react if that happens?

So why are the self-proclaiming just nations so quiet on Netanyahu’s annexation of the West Bank?

No one can expect the UN to enforce the international laws it applied on Saddam Hussein when he invaded Kuwait. After all the UN is nothing more than the East India Company 2.0, an entity that is owned and operated by hand full of stakeholders. As the world’s largest non-democratic entity, the UN will have no problem eating its own words.

If a nation willfully fails to exercise of itself what it expects of others, it is clearly hypocritical.

Palestinians who were abandoned by even their own brothers could wonder, while looking at what is happening to the statues of Edward Colston, Ulysses S. Grant, Robert Lee, Albert Pike, Christopher Columbus, and Henry Lawson Wyatt etc., what would happen to Netanyahu’s statues in some years. History never stops repeating.

America to Annex Canada’s Pelee Island? added by admin on June 27, 2020
View all posts by admin →