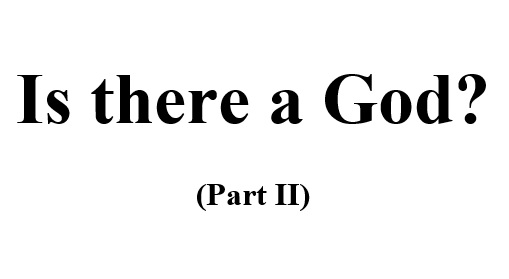 When it comes to the question of the very first living thing on Earth, even science tries to hide behind two insufficient answers. Science says the initial living organisms which appeared on the face of earth were microscopic single-cell organisms or microbes. Science also says those microbes appeared about 3.5 billion years ago. In other words, science says the first living thing was way too tiny for the average human to understand and they appeared billions of years ago, so don’t ask any more questions about it.

But we still can and should ask more questions about the origin of everything, including living things until we get satisfactory answers.

First, a living thing, even its lifetime is days or hours, must have three stages: birth, living and death. Without experiencing these three states, an organism has never lived. Rocks, water, gas never had a birth, and neither they lived or died. An animal, a bird, a tree, an amoeba all had birth, and therefore they lived and died.

But birth, and to some extent living on the other hand, are highly engineered stages of all living things. Birth and living are cleverly coupled; one needs the other to exist. One is a precondition to other. That is where even today’s science is avoiding the details. Even the theory of evolution is not clear on these two stages.

Let’s look at the birth of a living thing. That is where our generations old question arises. Did the chicken or the egg come first? The spirit of this question is to ask if the living thing came pre-birth first or post-birth first. By nature, the chicken has capacity to produce an egg, while the egg has the capacity to produce chicken. Pre-birth and post-birth are a mysteriously inter-coupled pair, the yin and yang. In fact, not just the chicken, but all living matters fall into that closed loop.

So, the question we can ask is if the single-celled microbes we had 3.5 billion years ago were pre-birth matters or post-birth matters?

Science implicitly pictures those microbes as post-birth matters. If they were post-birth, did they come without pre-birth stage? In layman’s terms, who were the parent(s) of the microbes? And where did those parent(s) come from? The Big Bang which took place 13.7 billion years ago was way too hot to have any living things. The temperature of it was 1032 Celsius (or 1032 Kelvin) and any living thing in any stage would have instantly vaporized.

Besides, in September of 2020, there was an outbreak of brain-eating microbe (Naegleriafowleri) in Lake Jackson, Texas. This outbreak proves to us that at least one of the following two possibilities or both are true; 1) some microbes for whatever reason have failed to go through evolution for 3.5 billion years, and 2) the current Earth is somehow similar to the microbe producing environment we had 3.5 billion years ago. Does it mean that some fit, as in survival of the fittest, microbes evolved into humans, while some unfitted microbes remained microbes for 3.5 billion years?

And why are we inclined to think that the first living could have been tiny like microbes, not like gigantic dinosaurs? Is there any scientific argument to justify microbes can arise from nowhere but dinosaurs cannot because it is too big?

Second, evolution is pictured to be happening only on an existing anatomy of a living thing. And it is not proven that evolution can create freshly minted new living things from scratch.

The shape of the beaks of the finches on the Galapagos Islands had changed through evolution to adapt to the new environments for their survival. A beak from one kind of environment evolved into another to adopt the new environment. But the beak of the very first ancestor of those birds with whatever the shape could not have evolved. At first it was going from nothing to something, not from one to another. There was no evolution from nothing to something.It was something else, yet to find all about it. Or, who knows we may never even find out all.

The first living thing, if there is such a thing, appearing on Earth should have been binary; first it wasn’t there and then it was. It was like there were just rocks from Big Bang first, and then there was a living thing at some time. This event cannot go through millions of years lasting prolonged evolution. It is illogical to think there was a 10% microbe, then 20%…and finally the 100% evolved microbe. A complete microbe should have been there from the beginning to be counted as a living thing.

Science says nothing was there first and then microbes were there, without giving any details.

From bosons to fermions, science is spending almost 99.99% of the effort to master the physical part of the living thing, the body. And it shows absolutely no interest in mastering the soul of a living thing. Maybe it is because science is unable to master soul at all; where soul comes from, how it enters a physical body, how it leaves when the living thing dies etc.

Science doesn’t even know if the soul is also going through evolutionary process to adapt to the new environment either.

Even one of the oldest languages, thousands of years of old Tamil, recognize the important of soul by grouping its letters into three categories; 12 soul-letters, 18 body-letters, and 216 soul-body-letters (12×18=216) or living-thing-letters (the counterparts to vowels and consonants in English). But science refuses to give the due priority to soul.

Third, at least there are some vital organs in living things that should be completely functional from the beginning.

Animal eye is a good example of it. A living thing that utilizes eye to view the environment should have had a completely functioning eye system from the beginning. The pupil, iris, lens, optic nerve, and the part of brain that understand the optical signal all (or some forms of them at least) had to be there at complete capacity to function as eye.

For the ear, the eardrum, ossicle bones, auditory nerve, and the part of the brain that decode and understand the sound signal all (or some forms of them at least) had to be there at complete capacity to function as ear.

No one can argue parts like pupils, iris, lens, and optic nerve were started to evolve independently only to have the complete eyesight millions of years later. The eyesight had been there from the beginning or they never had eyesight. Unless science proves parts of organs of a living matter can evolve preemptively, for a future purpose. If they do, then that will negate the theory of evolution and lead to something else more complex.

So, if the eyeless, earless, brainless single-cell microbes evolved into an animal with eyes, ears and brain, were the parts of those organs also evolved preemptively for millions of years, to collectively function as an organ later?

It is possible for the characteristics like the shape of the eye (round, oval, big, small), position of the eye on the face (on the face, on the side of the face, on the head) to change through evolution. It is also possible for the shape, size, and position of the other organs like ear, hand, neck, tail etc. to change through evolution. But the complete functionality of these complicated organs should have been there from the beginning (is iPhone completely functional from the beginning?).

Evolution cannot create these complicated, multipart organs. These organs are not simple as beaks of the finches. A beak is comparable to the nail on our fingers. You can cut it and you don’t die. But we know what would happen if we cut our heart or brain.

Evolution is real and it can happen on an existing body of a living thing. By nature that is how living things adapt to new environments over time. But evolution is not explaining how the first living thing(s) appeared on the Earth, if there is such a thing.